Do you remember Harley? 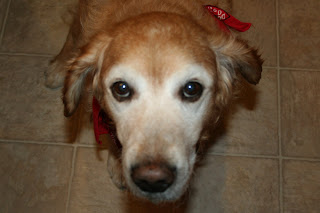 He's pretty cute.
Harley LOVES his toys. He knows exactly which toys are his, where they are and what sounds they make. If you squeak one of his toys in the basement and he is all the way upstairs, you can expect him to arrive in 3.6 seconds to retrieve his toy which you have squeaked without permission. His two favorite toys are an ugly yellow rubber cat & his red kong frisbee.

Do you remember Jack? 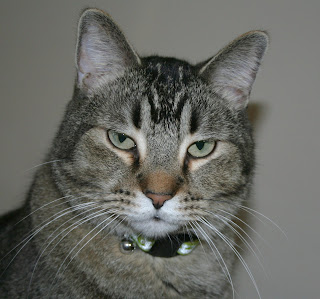 He's hard to forget.
Jack LOVES to start "stuff". Jack knows how much Harley loves his toys and Jack likes to remind Harley that despite appearances he is Large & In Charge.

This is Jack "starting somthin" 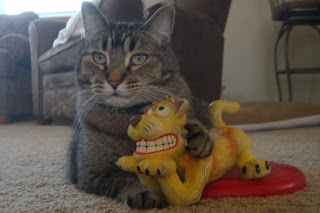 This Is Benny, he has something to say too 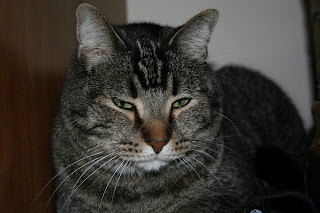 "Jack may not be officially in charge, but he is officially large.
I think it's time he did that 30 Day Shred with Mom." 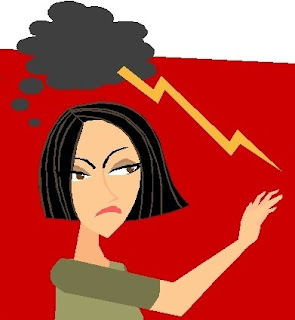 officially pissed at Benny for bringing up that fucking DVD.
blathered by Cursing Mama at 1:16 PM

Funniest post I have seen in awhile. Great photo of the cat and the dog toy!

Very cute. But knowing the antics at our house, I can attest. 'Tis all true!

Hmm. So what does that mean? Are you shredding still? Did you slip off the path of shredding? Inquiring minds!

I can't help but think that Jack and the Absurdly Gi-normous Kitty would get along famously. And that the world would probably come to a crashing, horrific end should they ever meet...

I love the pictures of Jack. Such catitude.

My money's on Jack.

All toys belong to Holli in this house - even the tiny catnip filled ones!