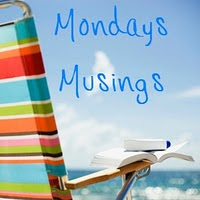 Please excuse the mess, the absence, the lack of engagement. As I've professed for the last.... 12 months or so life beyond the internet is and has been busy and less willing to allow me the luxury of time to write, to think, to organize, to be CursingMama. All of my time is consumed with being me.

It's odd to me, I've been here for years, I slowly and methodically built a decent readership, interacted with quite a few people, enjoyed the benefits that ad revenue and ad clicks and online relationships that boosted me in times of difficulty and celebrated with me in times of joy - - and in a few short months what took so long to build is quite nearly gone. It hasn't been intentional, but is instead the product of what my current circumstances are.

I wonder, if those who have "wildly popular" blogs and websites would experience the same losses...but not too frequently - it's more of a fleeting thing.

Later this week (hopefully starting tomorrow) I'm going to start posting some reviews of recommendations for books to get in time for the Independence Day Holiday. I've really enjoyed some..... hopefully you will too.

Change means that what was before wasn't perfect. People want things to be better.

blathered by Cursing Mama at 1:42 PM

Email ThisBlogThis!Share to TwitterShare to FacebookShare to Pinterest
Labels: MondayMusings