They say an Apple a day 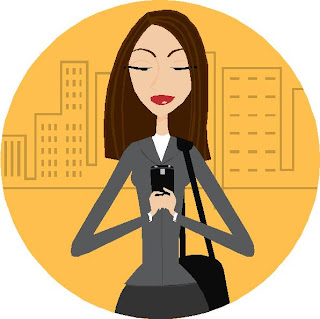 I'm not the kind of person who is "WILD FOR APPLE". I spend most of my waking hours operating in PC, and regular plain old no fancy stuff phone; it is what my business requires and denise, so the fruit tends to baffle, confuse and frustrate me.

I'm not used to it and I don't have time to learn it. All of my ipod/itunes learning has come straight from my children and it is not uncommon for me to say things like:

CursingMama: Gameboy, there is an offensive song on my playlist, will you get it off. (hands him old ipod)

Gameboy: You can't get them off that way.

Gameboy: *sighs* You have to delete it from your play list in itunes, then sync to your ipod.

Gameboy: *picks up ipod* so you'd like me to do that for you?

CursingMama: You're so sweet to offer

Gameboy: *sighs* what is the offensive song?

CursingMama: I don't remember exactly...why don't you just go through my list and clean things up.

And that is how I get things like Saliva on my ipod which was probably the offensive song in the first place. I like it when his evil plan backfires and I LOVE what he's added so much I won't stop playing it.

Gameboy: That is the fourth time you've played that Marilyn Manson song.

CursingMama: I know, I love it! Thank you for adding it to my play list!

Gameboy: Did you want me to clean up your playlist for you again tonight?

Anyway, I find myself in a situation very similar to that of biblical Adam. I am Tempted by the Fruit of Another (I wonder if that is in our Itunes library? Maybe Gameboy can get me that?!?). The other evening I was at the rink and there was a mom there from another team showing off her shiny new ipad (still snicker when I see that because it really does remind me of feminine products).

I don't know if you realize this, but that ipad is a lot like my netbook except it has a touchy screen and no keyboard. I have NO need for this device and yet...I want one. I don't know why, I don't know what I'd do with it other than flash it around at the rink and say stupid stuff like:

CursingMama: I should check my email on my shiny new ipad.

CursingMama: I could google that on my shiny new ipad.

CursingMama: I should read that on my shiny new ipad.

Wait! then I'd be just like that other lady...
Never mind, I like being an original.
blathered by Cursing Mama at 2:01 PM

Planned Obsolescence is annoying enough without the insultingly high price tag. I'm not an 'i', either, and that is part of the reason.

Sorry but I just read this post -- as I do most things that pop up in Reader -- on my iPhone. But it's a 3GS and not the shiny new 4 that I covet. The rest of my time I use a PC but Apple is slowly winning me over. When I worked for a non-profit and later in education, we used Macs so I'm comfortable with both. Then again I'm the geeky chick who used to build her own PC.

I think it's a lovely time to kick back and see what else comes out as a tablet computer. :)

An iPod Touch does pretty much everything an iPad does (except the phone part) for about half the price. Of course, the screen is a bit smaller...